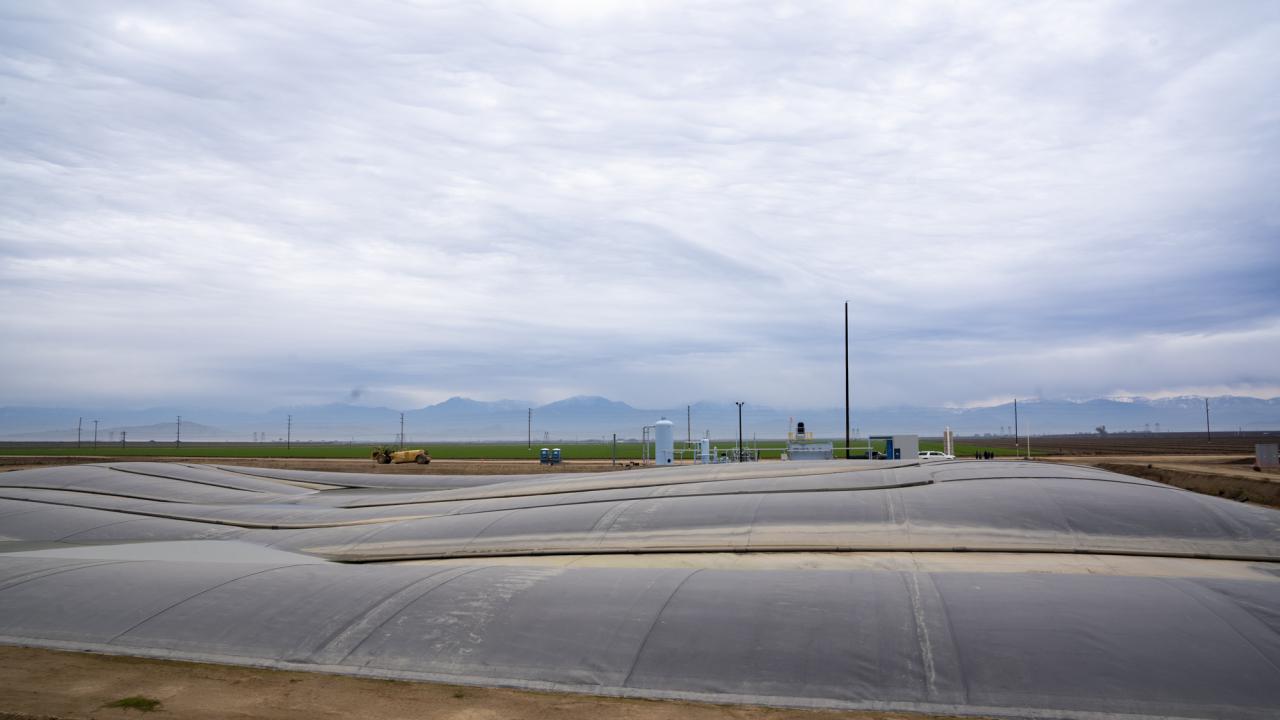 California dairy digesters have critics, but the fact is they reduce methane

Large trucks and luxury cars are being powered by dairy cows – or to be more precise, the biogas from their manure.

Yes, California farms are not only producing milk products for the world, they’re reducing greenhouse gas emissions by more than 20% on the farm and replacing fossil fuels destined for big-rig gas tanks. If the state is going to achieve its ambitious climate goals, more dairies are going to have to generate renewable natural gas with anaerobic dairy digesters.

In the race to slow climate change and reduce California’s methane emissions to 40% below 2013 levels by 2030, transforming methane from manure into biogas with digesters leads all other initiatives. Since 2016, dairy digesters have cut more than 1.9 million metric tons of carbon dioxide equivalent (MMTCO2e) emissions. The California Air Resources Board (CARB) expects dairies and livestock to reduce manure emissions by 9 MMTCO2e annually by 2030.

Cows produce a lot of poop, especially in California, where it accounts for 25% of the state’s methane emissions. Typically, farmers store manure in lagoons, large open pools. They’re anaerobic – lacking oxygen – which creates a perfect storm for methane to be created and released as manure decomposes. It’s a powerful gas in the short term. Reduce methane on dairies, and we can lower the warming impact of California’s 1.7 million dairy cows so they’re not negatively affecting our climate. Reduce methane enough, cows won’t be increasing warming; in fact, they can offset their historic emissions and those from other sources.

Digesters involve covering the large manure lagoons, trapping the methane inside and preventing it from reaching the atmosphere. The resulting biogas is cleaned, piped out and pumped into our gas pipeline grid, resulting in energy that can heat homes, generate electricity, and power semitrucks and other vehicles. It’s not a tall tale. BMW recently partnered with a Central San Joaquin Valley dairy farm to power electric vehicles using energy generated from renewable natural gas from dairy farms.

About 185 dairy digesters will operate in the state soon, reducing methane emissions on 194 farms. While they’re taking on 30% of the California Climate Investment program’s greenhouse gas reduction goal, they’ll be claiming less than 2% of the funding.

Yet, there are naysayers (see this LA Times article). Some mention the prospect of leaking digesters, a valid point. Digester owners are likely just as concerned with leaks, given the environmental and financial burden of escaping methane. Criticism that digesters do not tackle emissions from enteric fermentation are puzzling – because digesters only reduce manure emissions, they're invalid? That is searching for a point for the sake of an argument.

Others express the fear that herds will grow if biogas production becomes increasingly lucrative. That hasn’t happened, and CARB predicts California dairy herd sizes will decrease. Most digesters aren’t owned by dairy farmers, distancing the reality that they’ll trade milk for methane. Nevertheless, revenue generation is viewed as a detriment, when, in fact, it has allowed emissions reductions to be realized quickly. We must invest in climate solutions, and they’ll have to make financial sense to gain momentum.

Digesters are a logical climate solution. I find it hard to believe there is pushback against greenhouse gas reductions, which begs the question: are these arguments really about digesters or that dairies exist?

Criticism notwithstanding, the collaborative approach of the state and dairy farmers is becoming a model for U.S. digester expansion. Granted, digesters won’t work for every farm, and they have to do what they’re supposed to do, but it’s nevertheless critical to safeguard incentives to implement digesters where they make sense.

Digesters aren’t our only tool to reduce greenhouse gas emissions on farms, but they’re our best right now. Feed additives to reduce enteric methane (from cow burps) are promising, but they may not materialize for five years. Digesters can tackle manure emissions today.

Dairy digesters reduce methane at a time when the goal is essential. If we want to make dairy farms more sustainable while producing valuable food, digesters are a solution worthy of support. It’s science, but hardly of the rocket variety.