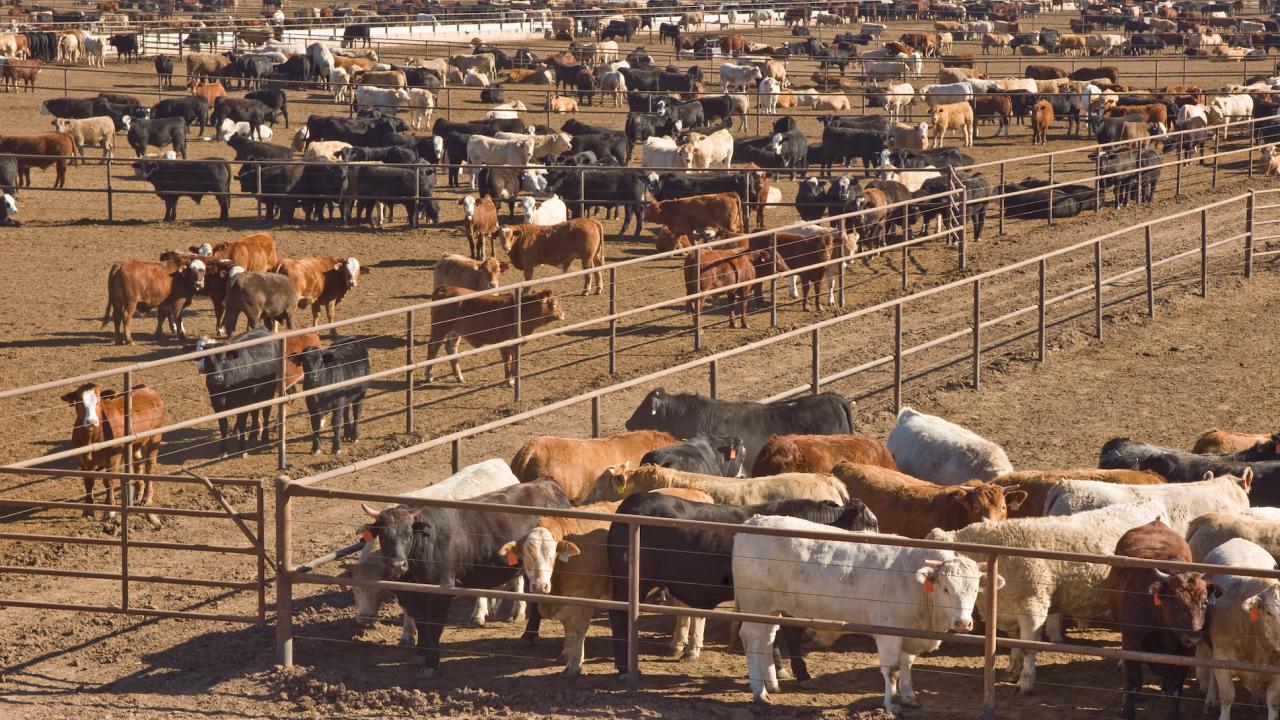 A breakdown of the American beef sector

How do U.S. cattle ranchers put food on our table?

Beef cattle production is a pillar of the U.S. economy with 94 million head of cattle in the country — beef production represents an important section of the country’s food production chain. In 2019 alone, the beef industry exported 1.32 million metric tons of products, including a variety of meat worth $8 billion to the U.S. economy. Although beef production might seem like a singular operation, there are many moving parts that must come together to produce beef in the U.S. So how does the beef industry break down?

From the field to our grocery stores, beef cattle travel down a line of production that is not, by any means, a straight one. A beef animal born in the Louisiana could very well end up providing beef that will be served at a restaurant in New York City. This is the result of how the U.S beef industry is structured by segments that work synchronously to bring beef from the pasture to our plate.

Here’s a breakdown of each of those segments:

Good genetics are an essential component of every livestock operation. The seedstock segment is made up of specialized producers, often referred to as registered or purebred breeders, who focus on improving the quality of the cattle herd that will be used in the industry. Think of it like the place where you get the best seeds for your garden, which is where the name “seedstock” comes from. Breeders sell their genetic material in the form of bulls, heifers, calves, and semen for artificial insemination, to cow-calf producers, who will use those genetics in their cattle operations.

The cow-calf segment is where producers keep a herd of mature cows that, in optimal conditions, will produce a calf once a year. One way to think about the cow-calf sector is as a nursery where a herd of calves are produced to keep up with the demand of the entire industry.

Every year, cow-calf producers breed their cows around spring and expect those cows to deliver a calf by the following winter. Cow-calf is normally conducted on pasture or wild range, although while cows are pregnant, some producers like to keep their cows enclosed where they can easily monitor them. For 283 days, producers make sure their cows receive the right nutrition to produce and nurture a healthy calf, which is just the beginning of all the hard work that goes into running a cow-calf ranch.

As cows approach calving – the technical term for a cow giving birth – they are moved to a pasture where they will stay for the remainder of their pregnancy or gestation. When calves are born, ranchers are on call 24/7 until the last calf is on the ground, which involves assisting cows during calving when necessary, and ensuring that cows and calves are healthy and receiving proper nutrition. After calving season, cows and calves – or “pairs” – will stay on pasture for approximately 6 months, which is the average length of time it takes a calf to be weaned.

After weaning, calves coming from cow-calf operations normally follow one of two paths. Some may go directly to feedlots if they are over 500 pounds, and the rest are placed into a backgrounding or stocker operation meant to increase their body weight and get them ready for the feedlot. Approximately 60% of the cattle in feedlots go through a backgrounding phase where they are kept on pastures or dirt pens. Here, they consume a diet of mostly grass, and are often supplemented with some grains coupled with vitamins and minerals to improve growth performance. Calves will remain in the stocker or backgrounding segment until they reach 700 – 800 pounds, at which point they will be transferred to a feedlot. The stocker or backgrounding sector is an intermediary point where calves get in better condition for the feedlot.

Feedlots or feed yards are feeding operations where cattle are fed high-energy diets, that are made up of grains, byproducts, and hay. Feedlots allow for more production with less land. Here, cattle are housed in dirt pens and fed daily with grain-based feed that will get them to their target weight faster, which on average is around 1,200 pounds. Feeding cattle on large scale, using concentrated operations, started in in the mid-1950s when the demand for higher quality beef emerged in the United States. Growing cattle in smaller spaces made it easier for ranchers to manage their operations as they could now produce more with less land, reduce their labor cost, and finish their cattle faster. Cattle spend anywhere from 100 to 200 days in the feedlot depending on their initial body weight, where they are closely monitored to ensure they receive the care and nutrition needed to grow healthily.

With the right nutrition and management, U.S. feedlot producers are delivering high-quality beef more efficiently than ever. To put things in perspective, modern beef production requires fewer resources than it used to back in the 1970s. It now uses 70% of animals, 81% of the feed, 88% of the water, and only 67 % of the land that was required back in the 1970s. Using fewer resources has reduced the carbon footprint per billion kilograms of beef produced by 16% compared to the late 1970s. These improvements are the result of better genetics, nutrition, and management, to which the feedlot industry is a major contributor. Without the feedlot sector, the U.S. beef industry would not be able to keep up with the consumer demand.

This is the end of the line, where the products we purchase at the grocery store are put together. A beef animal is used for more than just beef, as there are many byproducts that are needed in other industries. Cosmetics, detergent, and medical products have ingredients derived from beef cattle, and approximately 144 baseballs can be made out of one cowhide. A 1000-pound steer yields approximately 64% of its weight as meat products such as steaks and ground beef; however, 99% of that carcass will be used for meat and a number of other products. From the asphalt utilized to build roads, to the crayons children use to color in school, nothing goes to waste when it comes to beef.

There are many moving parts in the American beef industry. From beginning to end, beef cattle walk on different land and may travel through several states, which means that beef producers across the country work day in and day out to deliver a quality product to the American consumer and other nations around the world. 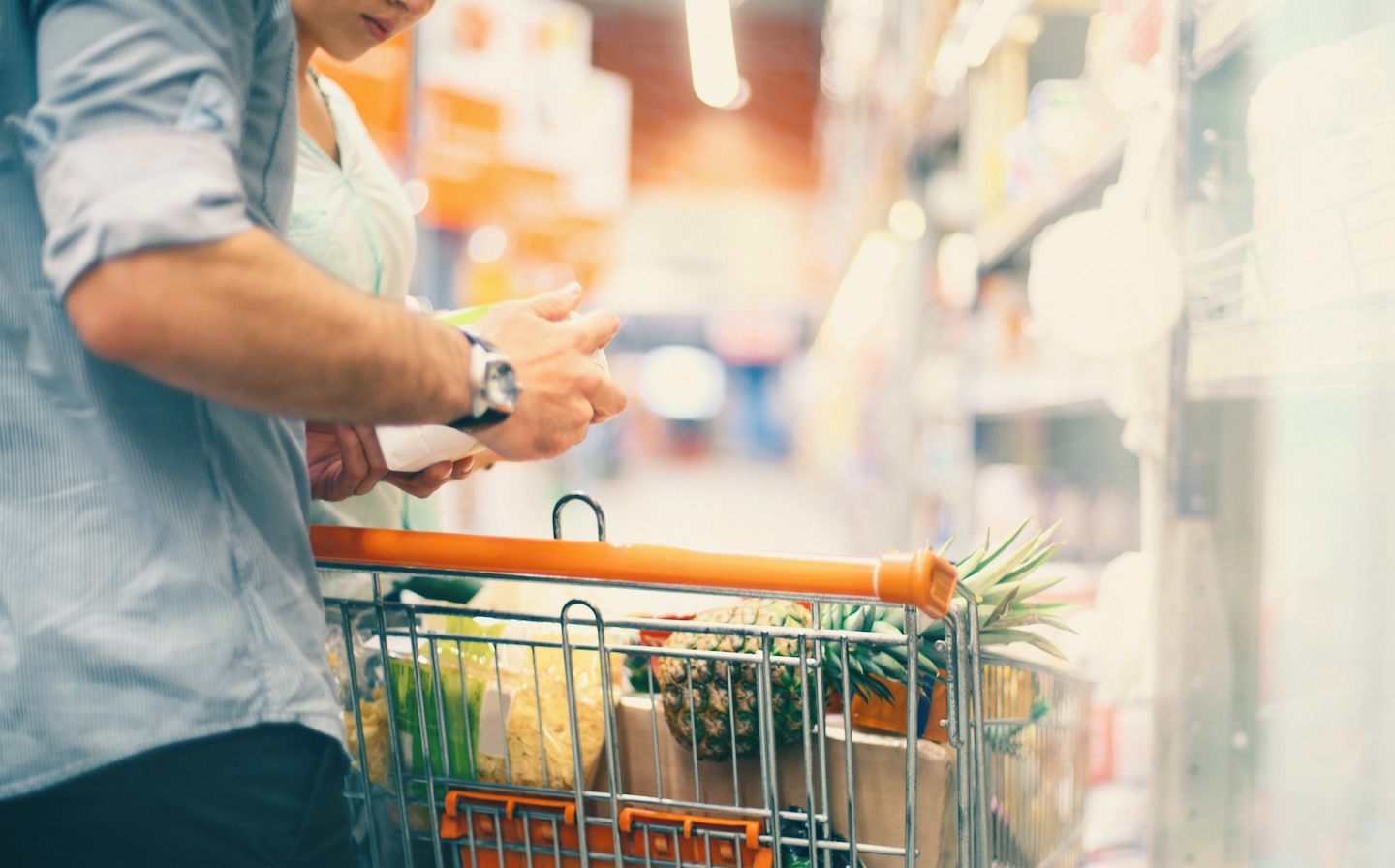 Organic vs. Conventional: How do Dairy and Beef Production Systems Impact Food Quality, the Environment, and Social Perceptions?

Mitloehner lab Ph.D. student Alice Rocha, M.S. breaks down whether organic beef or dairy is better for the environment than conventional? What are the differences? How can one decide between organic and conventional beef or dairy?