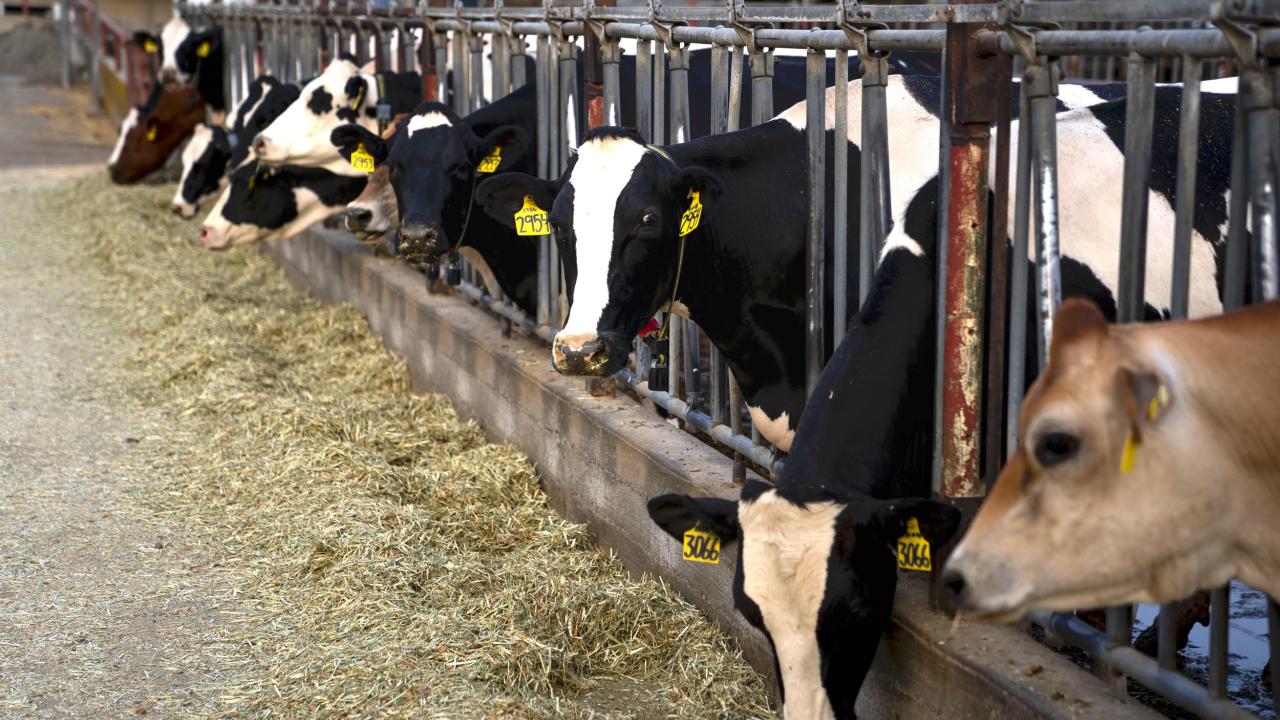 “What does modeling with GWP* mean for the global cattle sector?” That question – which happens to be the title of a recent brief from Global Dairy Platform – is a critical one not just for animal agriculturalists, but for all those who care about the issue of global warming. (Spoiler alert: That should be all of us.)

The CLEAR Center and Director Frank Mitloehner, an internationally known expert in animal agriculture and air quality, served as knowledge partners. In addition to lending their expertise in cattle sustainability, they endorse GWP* as the desired metric (versus GWP100) for measuring the warming impact of methane emissions. And to set the record straight, the metric came from the Oxford Martin School at University of Oxford. It was not dreamed up by the animal agriculture sector to put the industry in a more positive light.

The article from Global Dairy Platform is a credible one, and it also does a standout job of translating complicated science into an understandable and compelling explanation. That’s an important consideration as we work toward climate neutrality in the cattle sectors.

Central to the story is the organization’s recent modeling work aimed at evaluating GWP* as an acceptable system for measuring short-lived climate pollutants like methane. In that regard, Global Dairy Platform is one of the most recent entities to conclude GWP* is preferable to the old standby, GWP100.

In the fight against global warming and climate change, this is must-have information. As cattle sectors seek to further reduce their greenhouse gas emissions, they need accurate accounting methods with which to measure baseline emissions and progress. Although GWP100 has long been the commonly used system for quantifying greenhouse gas emissions, it does not accurately portray the warming caused by methane, the primary greenhouse gas arising from animal agriculture.

As the article demonstrates, there are valid reasons for using GWP* as a metric for global cattle sectors. For starters, it can measure the effect of methane on global warming over time. It also shows that with aggressive reductions in enteric emissions and manure methane, cattle can make up for past warming, going beyond mere net-zero warming to have a cooling effect on the atmosphere.

Indeed, GWP* is a better metric for constructing global pathways that reflect the impacts methane emissions have on temperature over time. Moreover, it aligns with the temperature goals of the Paris Agreement, which seeks to limit Earth’s warming to 1.5 C over pre-industrial levels.

However, that’s not to say GWP* is the be-all and end-all. One limitation of the metric is that it considers past emissions trends and gives credit to those who have been able to improve on them. Although that doesn’t seem like an unreasonable approach, GWP* uses a de facto global standard emission per unit of production, when in fact the emission per unit of production varies widely from country to country and even producer to producer. It also assumes that everyone has the needed information to set a benchmark against which to measure current emissions. That information isn’t always available or easily obtained.

According to GWP*, as long as farmers are able to cut their overall emissions, as measured by herd size, they will receive good grades. In fact, those with large herds could conceivably receive better report cards than smaller producers in less developed areas, who may be unable to improve their production. Key to understanding this is the fact that herds in developed countries were larger in the past but are now stable or shrinking. Therefore, where GWP* is concerned, they are not adding as much methane – and correspondingly, less warming – to the atmosphere.

Per GWP*, only increasing herds are responsible for adding additional methane and thus, more warming, to the atmosphere. Put another way, countries that are growing their herds to meet demand, no matter their efficiency, are dinged for higher emissions under GWP*. The shame of it is they may not receive credit for efforts to decrease warming from the cattle sector through feed additives, manure management and other technology designed to lessen methane emissions. That can give way to misleading results, if not unfair treatment of the cattle sectors. We need to find a way to avoid penalizing emerging markets with growing populations to feed.

Yet, despite the caveats outlined above, there is a growing consensus that GWP* is much more effective in measuring warming from short-lived, cyclical gases such as methane.

Valuing progress over perfection, the key finding from the Global Dairy Platform and experts at the CLEAR Center is that GWP* does a better job of measuring methane’s warming impacts and rewarding producers for increased efficiencies.