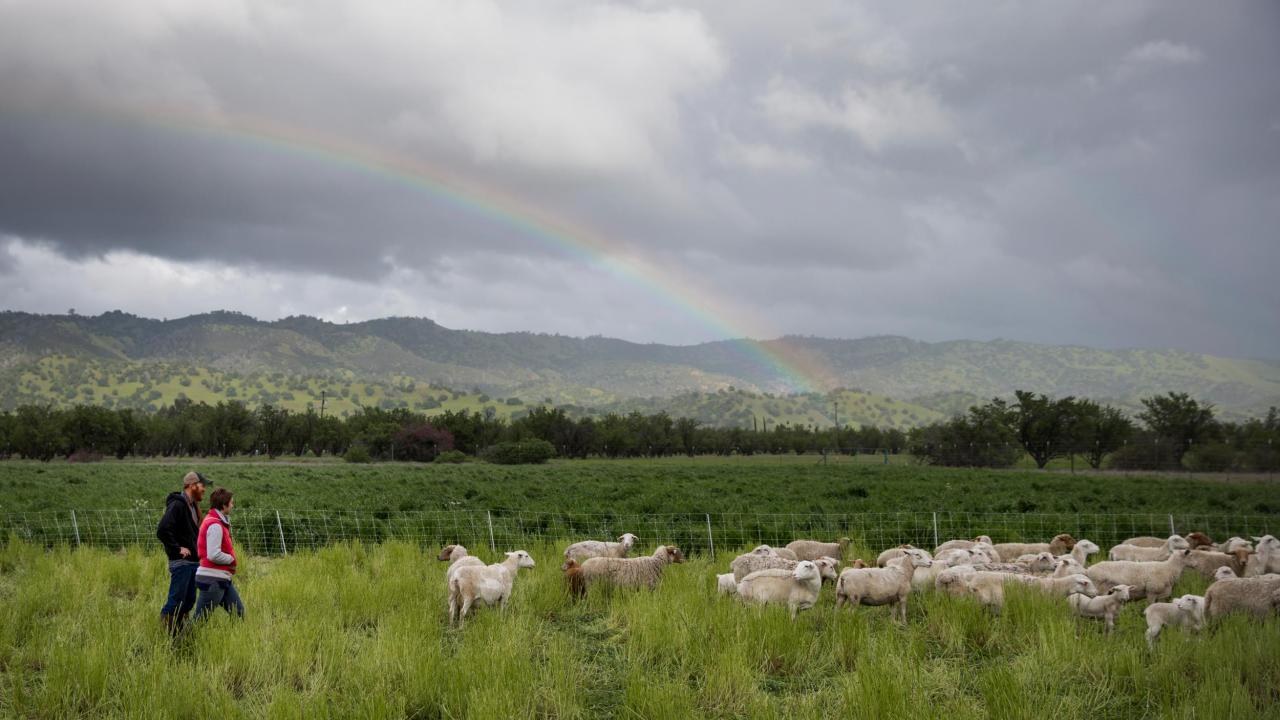 What is Carbon Sequestration and How Does it Work?

Carbon sequestration is the process of capturing, securing and storing carbon dioxide from the atmosphere. The idea is to stabilize carbon in solid and dissolved forms so that it doesn’t cause the atmosphere to warm. The process shows tremendous promise for reducing the human “carbon footprint.” There are two main types of carbon sequestration: biological and geological.

Read how carbon sequestration is working on a California ranch.

In many ways, carbon is life. A chemical element, like hydrogen or nitrogen, carbon is a basic building block of biomolecules. It exists on Earth in solid, dissolved and gaseous forms. For example, carbon is in graphite and diamond, but can also combine with oxygen molecules to form gaseous carbon dioxide (CO2). 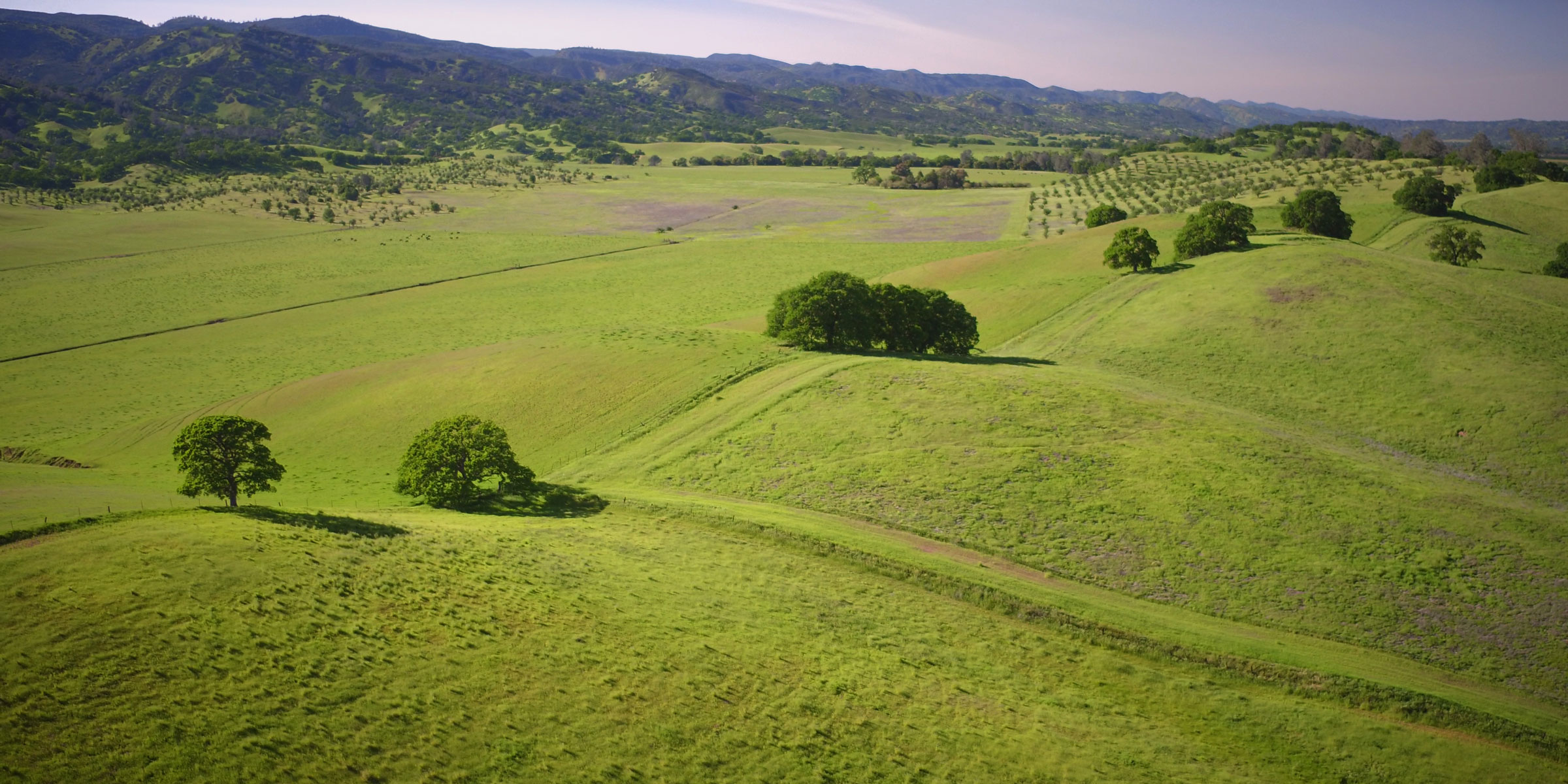 Carbon dioxide is a heat trapping gas produced both in nature and by human activities. Man-made sources of carbon dioxide come from the burning of fossil fuels such as coal, natural gas and oil for uses in power generation and transportation. Carbon dioxide is also released through land use changes, biologically through oceans, the decomposition of organic matter and forest fires.

The build-up of carbon dioxide and other greenhouse gases in the atmosphere can trap heat and contribute to climate change.

Learning how to capture and store carbon dioxide is one way scientists want to defer the effects of warming in the atmosphere. This practice is now viewed by the scientific community as an essential part of solving climate change. 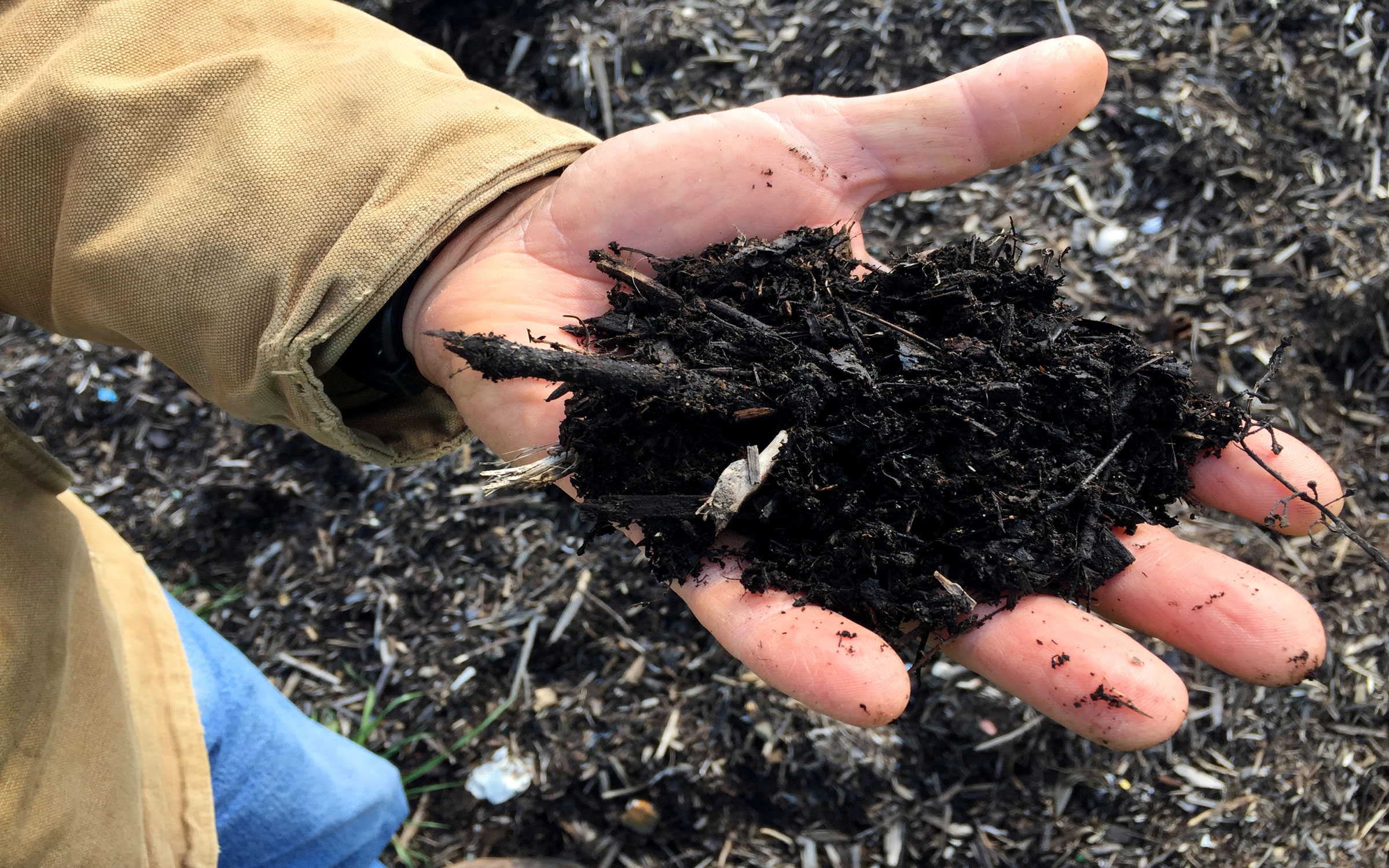 Biological carbon sequestration is the storage of carbon dioxide in vegetation such as grasslands or forests, as well as in soils and oceans.

Carbon goes in both directions in the ocean. When carbon dioxide releases into the atmosphere from the ocean, it creates what is called a positive atmospheric flux. A negative flux refers to the ocean absorbing carbon dioxide. Think of these fluxes as an inhale and an exhale, where the net effect of these opposing directions determines the overall effect.

Colder and nutrient rich parts of the ocean are able to absorb more carbon dioxide than warmer parts. Therefore, the polar regions typically serve as carbon sinks. By 2100, much of the global ocean is expected to be a large sink of carbon dioxide, potentially altering the ocean chemistry and lowering the pH of the water, making it more acidic.

Carbon is sequestered in soil by plants through photosynthesis and can be stored as soil organic carbon (SOC). Agroecosystems can degrade and deplete the SOC levels but this carbon deficit opens up the opportunity to store carbon through new land management practices. Soil can also store carbon as carbonates. Such carbonates are created over thousands of years when carbon dioxide dissolves in water and percolates the soil, combining with calcium and magnesium minerals, forming “caliche” in desert and arid soil.

Carbonates are inorganic and have the ability to store carbon for more than 70,000 years, while soil organic matter typically stores carbon for several decades. Scientists are working on ways to accelerate the carbonate forming process by adding finely crushed silicates to the soil in order to store carbon for longer periods of time.

About 25 percent of global carbon emissions are captured by plant-rich landscapes such as forests, grasslands and rangelands. When leaves and branches fall off plants or when plants die, the carbon stored either releases into the atmosphere or is transferred into the soil. Wildfires and human activities like deforestation can contribute to the diminishment of forests as a carbon sink.

While forests are commonly credited as important carbon sinks, California’s majestic green giants are serving more as carbon sources due to rising temperatures and impact of drought and wildfires in recent years. Grasslands and rangelands are more reliable than forests in modern-day California mainly because they don’t get hit as hard as forests by droughts and wildfires, according to research from the University of California, Davis. Unlike trees, grasslands sequester most of their carbon underground. When they burn, the carbon stays fixed in the roots and soil instead of in leaves and woody biomass. Forests have the ability to store more carbon, but in unstable conditions due to climate change, grasslands stand more resilient.

Geological carbon sequestration is the process of storing carbon dioxide in underground geologic formations, or rocks. Typically, carbon dioxide is captured from an industrial source, such as steel or cement production, or an energy-related source, such as a power plant or natural gas processing facility and injected into porous rocks for long-term storage.

Carbon capture and storage can allow the use of fossil fuels until another energy source is introduced on a large scale. 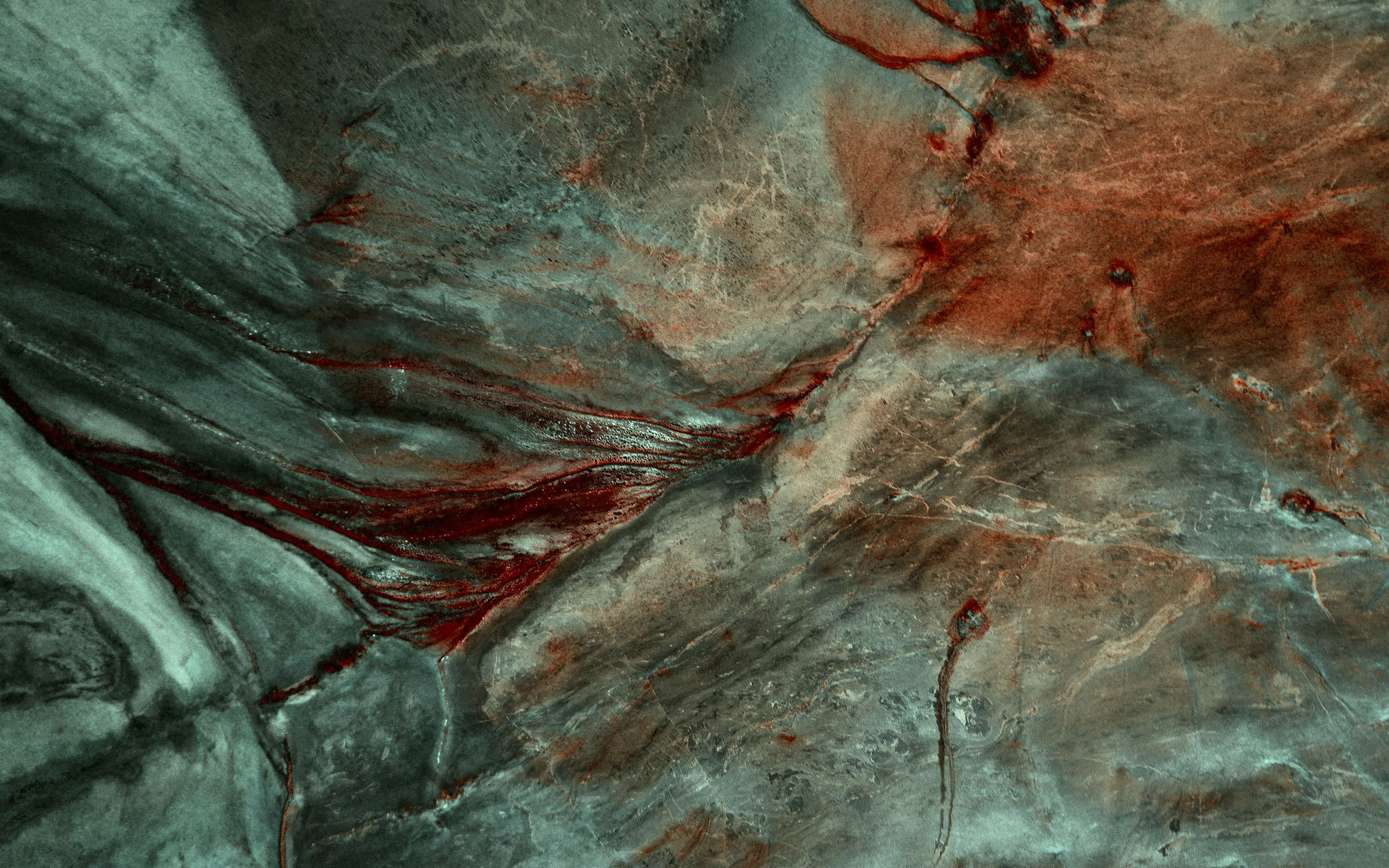 Scientists are exploring new ways to remove and store carbon from the atmosphere using innovative technologies. Researchers are also starting to look beyond removal of carbon dioxide and are now looking at more ways it can be used as a resource.

The use of carbon dioxide as a raw material to produce graphene, a technological material. Graphene is used to create screens for smart phones and other tech devices. Graphene production is limited to specific industries but is an example of how carbon dioxide can be used as a resource and a solution in reducing emissions from the atmosphere.

A means by which to capture carbon directly from the air using advanced technology plants. However, this process is energy intensive and expensive, ranging from $500-$800 per ton of carbon removed. While the techniques such as direct air capture can be effective, they are still too costly to implement on a mass scale.

Scientists are engineering molecules that can change shape by creating new kinds of compounds capable of singling out and capturing carbon dioxide from the air. The engineered molecules act as a filter, only attracting the element it was engineered to seek.

Our Future with Carbon Sequestration 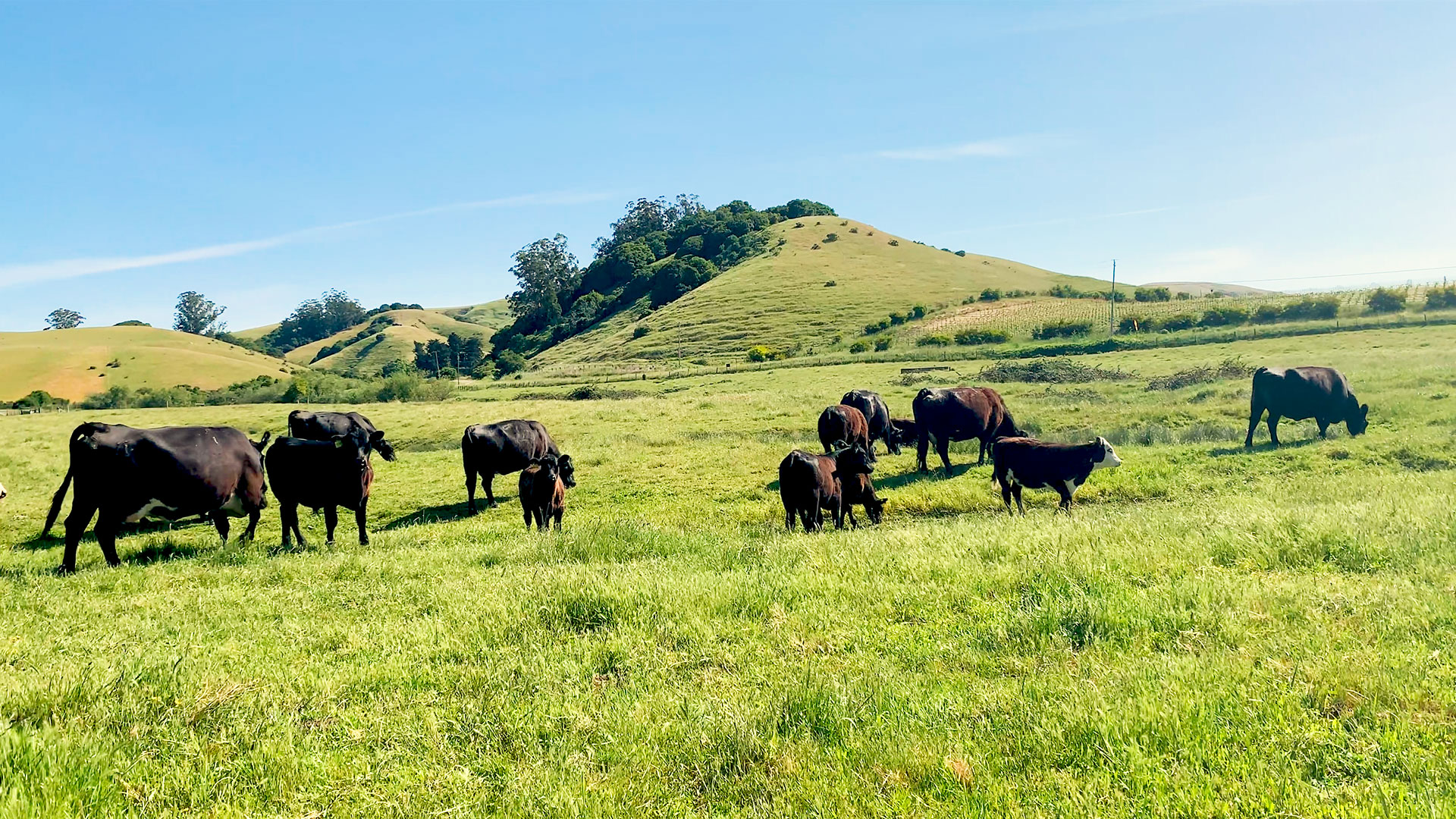 Professional grazing of overgrown rangelands, pastures and parcels is proven to reduce the spread of dangerous and costly wildfires