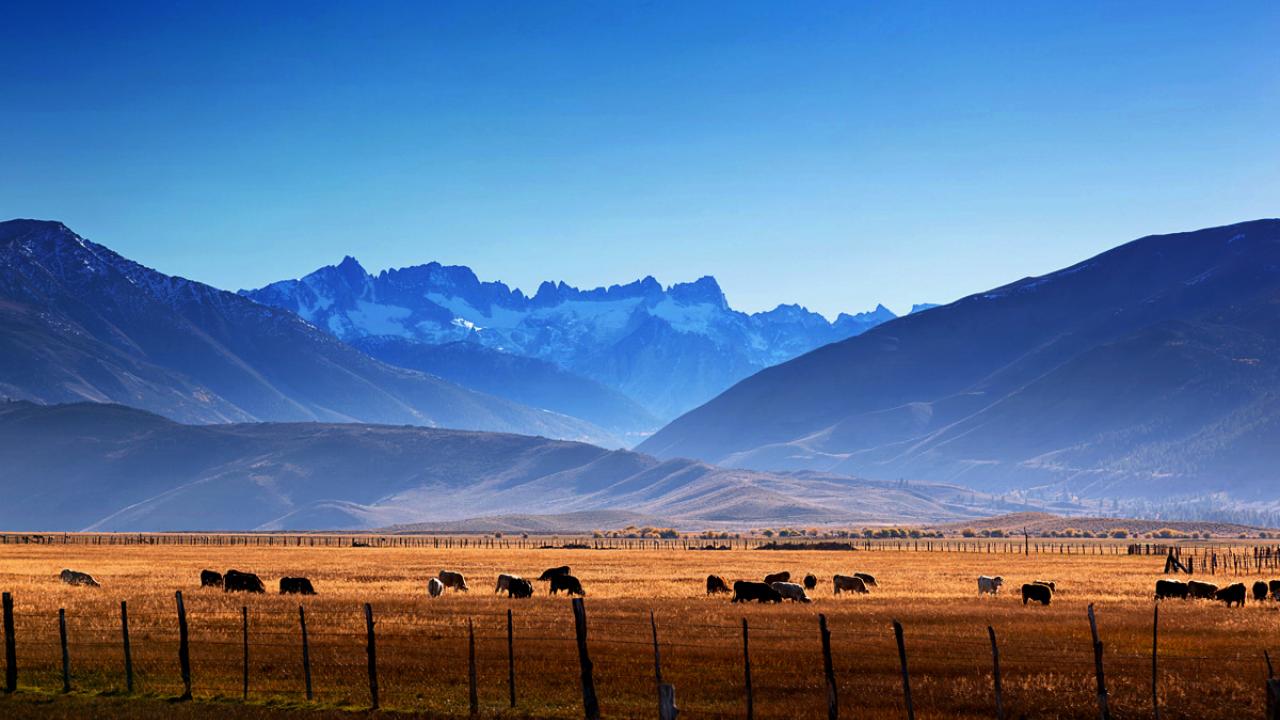 New white paper from Frank Mitloehner and Sara E. Place makes the case for focusing on warming impacts in the cattle sectors

Within the next 30 years, the U.S. beef and dairy sectors can reach a point at which they’re no longer contributing warming to our atmosphere through considerable reductions in methane emissions. The white paper titled, Pathway to Climate Neutrality for U.S. Beef and Dairy Cattle Production, highlights possible paths in which the two cattle sectors - beef and dairy - can reach climate neutrality, while arguing that a goal of net zero warming, versus net zero carbon, makes more sense for the cattle sectors that primarily produce methane. The paper was written by Sara E. Place, the chief sustainability officer for Elanco Animal Health and University of California, Davis professor and UC Agriculture and Natural Resource Cooperative Extension air quality specialist, Frank Mitloehner.

As the world grapples with how to halt global warming and the subsequent problem of climate change, many are taking up the challenge of net zero emissions. In simple terms, it involves putting no more greenhouse gases into the atmosphere than can be removed over a specified period of time.

The Paris Agreement, an international treaty on climate change, has taken the approach of stating its goal in terms of temperature. The norm in the past has been to use emissions volumes as targets. The temperature approach makes sense, as that is the element that’s driving climate change. However, if we want to be successful in limiting global warming to less than 2 degrees Celsius (compared to pre-industrial levels), as the Paris Agreement is challenging us to do, it’s essential to have climate metrics that allow us to examine greenhouse gas emissions in terms of how they affect Earth’s temperature over time.

This is especially relevant to the U.S. beef and dairy cattle industries, which differ from sectors such as transportation and energy in that they primarily emit methane rather than carbon dioxide (CO2). The long-standing GWP100 metric sufficiently captures the warming impact of long-lived pollutants, such as CO2, but doesn’t accurately quantify the impact of methane emissions on global temperature change when emissions are stable or falling, because it fails to account for the atmospheric removal of methane. As a result, GWP100 comes up short in helping the cattle industries determine how greatly to reduce their methane emissions to produce no additional warming.

On the other hand, a new metric known as GWP* (GWP star) considers the change in methane emissions rates over a specified time frame (typically, 20 years for methane) and the small stock component to calculate carbon dioxide warming equivalent (CO2we) emissions. It can also better depict how a change in methane today will affect global warming down the road. GWP* is a more accurate metric for the methane-intensive cattle industries.

The beef and dairy sectors aren’t alone in aiming for climate neutrality. In fact, the effort puts them on the same trajectory as sectors that primarily emit carbon dioxide and aim for net zero carbon. But because the warming footprint of animal agriculture is largely made up of methane, a short-lived greenhouse gas, its ability to reach net zero warming doesn’t require emissions to reach net zero, but only a constant source of emissions.

Both scenarios require reducing enteric methane emissions per animal, which is counter to the trend of the past 30 years. During that time, the herd size decreased, but emissions per animal grew as each animal’s productivity increased because of their increasing feed intake. The emission reductions needed to achieve climate neutrality will be substantial departures from how operations produce today and will require development and adoption of new innovations. Of particular importance is development of solutions to lower enteric methane emissions from cattle on pastures (as opposed to those in feedlots), developing and delivering methane-reducing feed additives, developing low methane-emitting breeding strategies and other innovations.

Enteric and manure methane emission reductions will be critical for dairy production. By employing new manure-management techniques, the California dairy industry has achieved a 25 percent reduction in methane emissions from manure since 2013. The data points to the fact that the estimated reductions within the case studies are feasible but will require the right incentives or policies to achieve.

Beef and dairy cattle production that no longer contributes to warming in 2050 could be achieved by lowering methane emissions in the coming decades by 18-32 percent, depending on the species and the source. Furthermore, these reductions will lead to climate neutrality only when coupled with substantial reductions in emissions of CO2 and N2O from feed production, land use, and energy use and other inputs. It’s not a simple task. Rather, it will require a strong commitment from the industry, government support, and advances in technology and research, among others.

Business-as-usual will not allow the U.S. beef and dairy industries to achieve climate neutrality; however, it is within reach as new and existing innovations that lower greenhouse gas emissions become more widely available, and adoption of those innovations are incentivized.

Undoubtedly, climate neutrality should be viewed as a mile marker on the sectors journey toward climate sustainability, as it is one of a few sectors that can be part of a climate solution and pull carbon out of the atmosphere, offsetting emissions of other societal sectors. 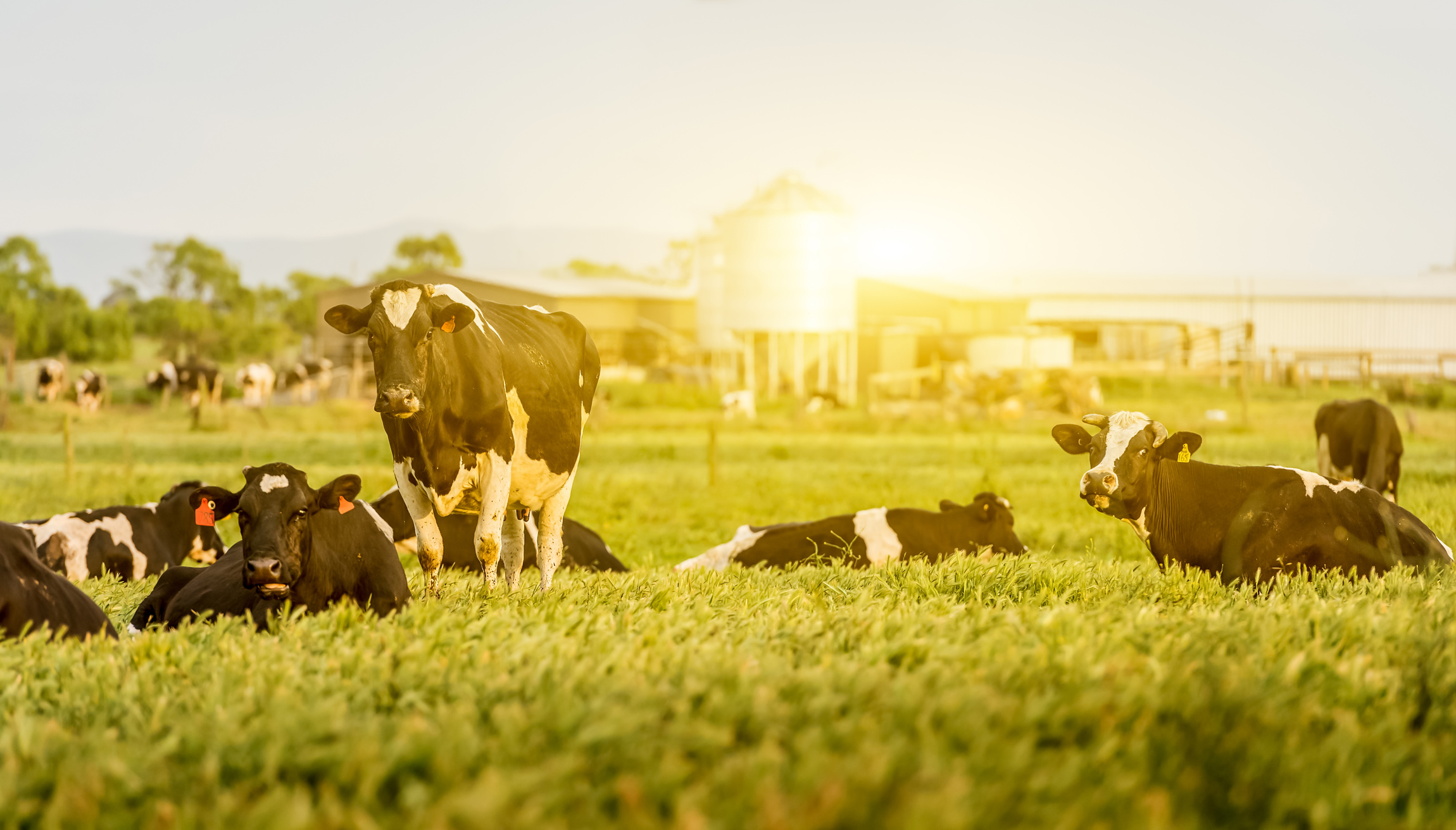 How is carbon neutral different from climate neutral?

The terms “carbon neutral” and “climate neutral” are part of the lexicon of global climate change terms. Though they are sometimes used interchangeably, they have different definitions.