My response to the Johns Hopkins Center for a Livable Future

My fellow scientists at Johns Hopkins University wrote a letter about me. It wasn’t sent to me, nor did I see the correspondence till nearly a year after it was written, but it has made the rounds in the media, so finally I’m in the loop.

It came from the Center for a Livable Future, and I believe it was drafted after the publication of my white paper that voices skepticism about the value of Meatless Mondays, a program they support. Now that I’ve read the letter, I’d like to respond and share some thoughts about the relationship between animal agriculture and climate change. Given how important both of these topics are to our world and to future generations, I feel compelled to clarify some points.

I’m no stranger to criticism. Good, healthy discussions and disagreements are part of what we do in academia. Many lead to greater understanding of others’ theories and points of view. The best ones give way to collaboration, new ideas and breakthroughs. I welcome discourse where we listen to and learn from each other. Even arguments at times, provided they are respectful. I’m no fan of criticism – animosity even – that is unfounded and personal. That kind of disparagement serves no one.

I have gone on record saying I support and believe in our farmers, ranchers and agricultural workers. I strongly believe that agriculture plays a critical role in our society. I also know that it can aid us in our fight against climate change. That second statement often causes eyebrows to raise, so please bear with me. I will explain.

I work extensively with those in the agricultural sector as a major component of my position at University of California, Davis. As an animal scientist and an air quality specialist, my life’s work is about striving to help those who produce our food in ways that are better for our workers, for animals and for our climate and environment. At times, I’ve been at odds with those in the industry, but for the most part I’ve found productive partnerships built on the trust and respect I’ve earned in the sector. Those relationships are critical to implementing climate and environment solutions developed and proven in my lab.

Back to the letter. I have a feeling I struck a nerve when I said that science shows us that efforts like Meatless Mondays will not reduce emissions in a significant way, and that we will need to find other innovative solutions to do so. That statement was in no way meant to devalue that effort or the Center for a Livable Future. I was merely pointing out that foregoing meat once a week is not enough to make a significant difference in global warming. In fact, even if the world went 100% vegan tomorrow, that would fall short of making a sizeable dent in greenhouse gas emissions. By a longshot. That isn’t to say we shouldn’t reduce animal agriculture’s climate contributions, but impactful solutions are likely going to come on the farm.

We at the CLEAR Center and those at the Center for a Livable Future (and many, many other respected colleagues at other institutions) are working toward a similar goal: to improve our world and the lives of those who inhabit it. It’s fine – perhaps it’s even necessary and important – that we are going about it in different ways and bringing varying perspectives.

I sincerely hope I can sit down soon to talk about our varying viewpoints and share information with the Center of a Livable Future. Collaboration and conversation are so helpful and essential to finding solutions. In the meantime, allow me to address the concerns raised in their letter.

Dr. Mitloehner states that livestock production is responsible for 4.2% of U.S. GHG emissions; this calculation fails to account for several major emissions sources.

The main argument here is that I use direct emissions in my white paper instead of lifecycle emissions. I would love to use lifecycle emissions for all sectors, as it paints a more complete picture. However, not all sectors have lifecycle data. So, when we compare sectors such as animal agriculture and transportation, using direct emissions from the EPA is the most apples-to-apples comparison we can make. Incidentally, while the EPA uses a number of approximately 2% for direct U.S. emissions for beef, the lifecycle assessment (LCA) that has been conducted amounts to a higher total of 3.3% of U.S. emissions. The dairy industry also conducted LCA research, which determined dairy makes up 1.9% of U.S. emissions.

As a side note, one of my claims to fame is pointing out some years ago this very mistake in the United Nations Food and Agriculture Organization’s report “Livestock’s Long Shadow.” That study used lifecycle emissions for agriculture and direct emissions for transportation, comparing the two without pointing out the difference in methodology. As a result, it put forth numbers that showed animal agriculture contributing more greenhouse gas emissions than all of transportation combined. To the committee members’ credit, they immediately stepped up, admitted the error and clarified the results. It was a shining example of a healthy exchange of information that I mentioned earlier, and I respect the FAO greatly for it.

My white paper looks specifically at U.S. greenhouse gas emissions. I believe the Center for a Livable Future is using global statistics. Granted, it gives us a broad understanding of emissions, yet emissions aren’t spread evenly across the globe. Yes, animal agriculture is responsible for 14.5% of global emissions, but that global number exaggerates the impact of livestock in developed countries like the United States and underestimates the impact of herds in developing countries. It’s not monolithic, largely because efficiencies vary so much throughout the world.

If you look at the global number, it would be reasonable to conclude that we need to reduce livestock in the United States to bring that number down significantly. But that would be misguided. U.S. livestock is responsible for about 0.5% of direct global emissions (260.54 MMT per the EPA), in spite of the fact U.S. farmers provide 18% of the world’s beef with 8% of the herd. And yet, as impressive as those statistics are, we know we need to do better. We are continually working to reduce livestock’s carbon footprint through advances in technology (feed additives, etc.). We also need to make sure we’re addressing areas outside the United States in which emissions are exceptionally high and rising. Undoubtedly climate solutions will look different in different parts of the world, but we can strive toward climate goals everywhere.

Dr. Mitloehner focuses on GHG emissions and discusses resource use, without acknowledging the other ecological and public health impacts of industrial animal agriculture.

I’ve spent extensive time looking at all of these issues and will continue to do so. However, my white paper is concerned largely with emissions, which is why the topics named are not directly addressed. Here is a snapshot of my recent research. I’ve done much work in those areas and others.

Dr. Mitloehner focuses on gains in efficiency per unit of livestock and fails to account for the scale of food animal production and the total environmental footprint of animal agriculture in the U.S.

As the world’s population grows and consumption of animal-sourced foods increases, we absolutely need to produce more with less. Simply put, that means getting a greater amount of animal-sourced foods from fewer animals, particularly in developing regions. U.S. farmers have done a tremendous job of this in the past 50 years, reducing herd size and keeping output steady. That’s among the reasons they are the envy of the world.

I just co-authored a white paper with Dr. Sara E. Place, the chief sustainability officer at Elanco and a UC Davis graduate. It highlights the need for U.S. cattle sectors to reduce their overall emissions and even provides a couple of case studies that show how this may be possible. We need to export this knowledge to other regions who can adopt parts of it. This doesn’t negate the fact that we need to see overall emissions decrease in the United States – because we do – but our biggest gains will be outside the United States, where efficiencies are relatively low, and population is on the rise.

We have our work cut out for us if we’re going to limit global warming to less than 2 degrees Celsius. One sector didn’t create this problem. One sector can’t fix it. It will take all of us working together to develop smart, sustainable solutions to an issue we simply can’t afford to ignore.

I would much rather have conversations that progress climate solutions, not letters that try and tear one another down. It seems to me that finger pointing, and the blame game have only made conversations around our food and environment more resentful, so I will try my best to do the opposite. In the meantime, to my colleagues at the Center for a Livable Future, I am more than happy to talk in person. 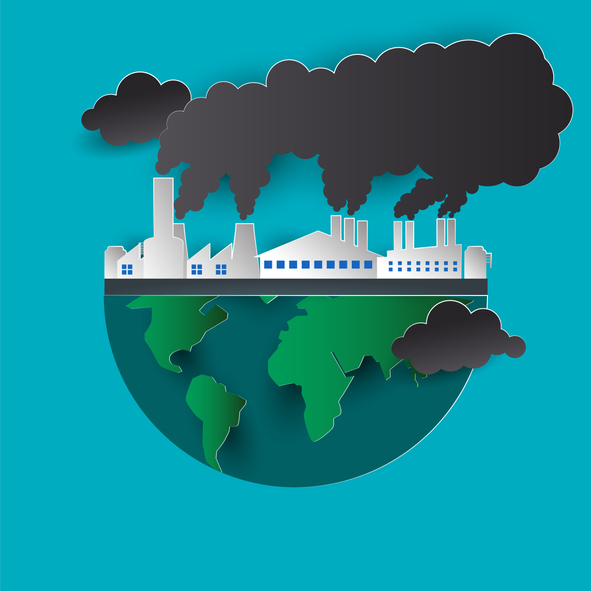 Why animal agriculture is not the leading cause of climate change

A healthy portion of animal agriculture’s bad rap comes from the falsehood that livestock is the primary source of greenhouse gases in our society.