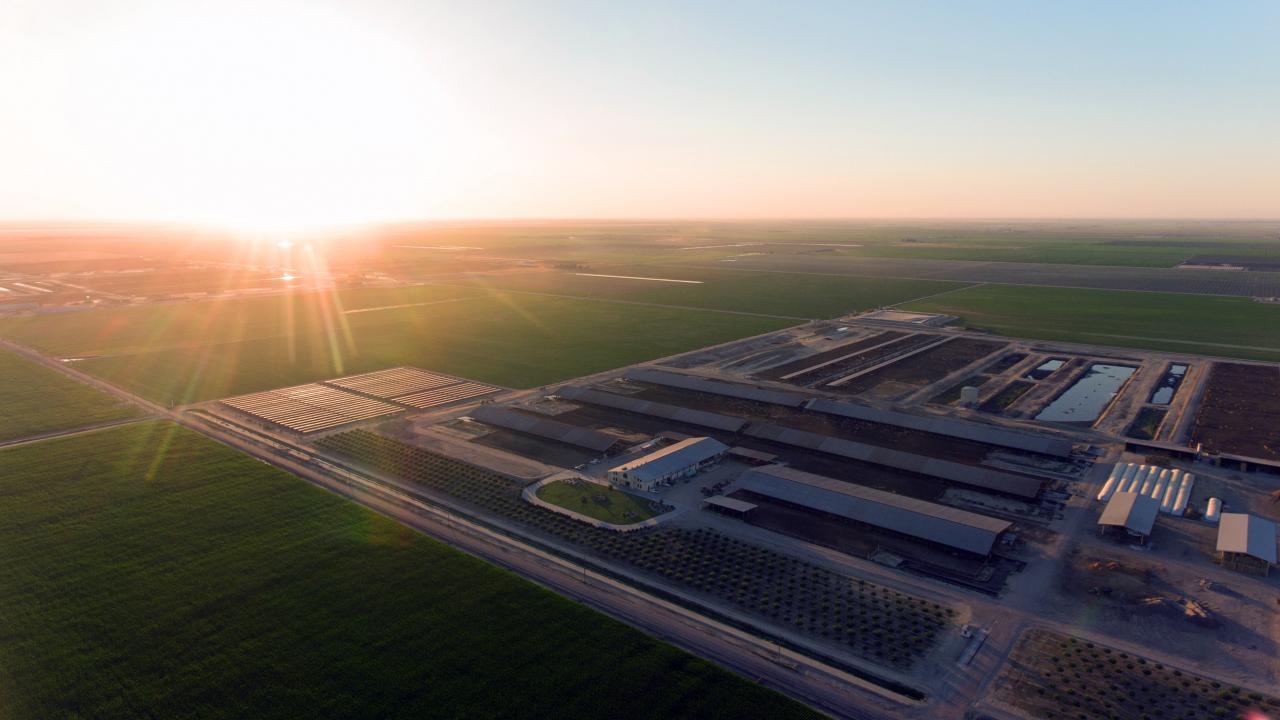 DAVIS, Calif., Sept. 2, 2020 – Researchers from the University of California, Davis are rethinking methane and showing that climate neutrality is within reach for the California dairy sector.

Methane (CH4) is a potent greenhouse gas that is 25-28 times stronger than carbon dioxide (CO2) — the primary greenhouse gas driving climate change in California — but how it influences actual warming is much different, according to a white paper released today by UC Davis professors Frank Mitloehner, Ph.D., and Ermias Kebreab, Ph.D., along with Michael Boccadoro, executive director of Dairy Cares. The publication, “Methane, Cows, and Climate Change: California’s Dairy’s Pathway to Climate Neutrality,” examines recent literature from leading climate scientists and its implications for the California dairy sector.

Methane is a short-lived climate pollutant and exists in our atmosphere for 12 years before it’s broken down. This means, when a constant rate of methane is emitted for more than 12 years, one molecule in effect replaces a previously emitted molecule that has since been removed. In other words, methane isn’t accumulating in the atmosphere. Currently, the main accounting method used for measuring the climate impacts of greenhouse gases does not describe how individual gases, such as methane warm — or cool — the climate over time. That oversight leads to a misinterpretation of methane’s role in warming the climate, while also ignoring possible solutions that could offset greenhouse gases from other sectors such as transport.

“We have been looking at methane incorrectly when it comes to reducing warming,” said Mitloehner, a professor and air quality specialist for Cooperative Extension in the Department of Animal Science at the University of California, Davis and head of the Clarity and Leadership for Environmental Awareness and Research (CLEAR) Center at UC Davis. “While more potent than the most prevalent greenhouse gas carbon dioxide, methane is a short-lived climate pollutant, staying in our atmosphere for about 12 years before it’s broken down and removed. On the other hand, carbon dioxide remains in our atmosphere for centuries, with new emissions accumulating on top of those previously emitted, making it the main driver of climate change.”

According to the white paper, which examined historic dairy production in that state, California dairy farms have already stabilized methane emissions, which is a critical step to achieving climate neutrality and global climate goals. The authors explain, that as dairies continue to achieve further methane emission reductions, then they can create negative warming, also referred to as “cooling.”

Given greater efficiencies, plus a decrease in the number of cows and total milk production in recent years, the amount of methane emitted by California dairies is less today than in 2008. Simply put, California dairy farms are adding less methane today than they did 12 years ago, meaning more methane is being broken down than is being emitted into the atmosphere.

California’s dairy farmers are making further progress in reducing the amount of methane emissions released into the environment by installing anaerobic digesters designed to capture methane, or through other projects like compost pack barns and solid separators, which are designed to reduce methane production on farms. According to the California Department of Food and Agriculture, California dairies are implementing projects that will result in a 25 percent reduction in manure-related methane emissions since 2013.

Continued progress in these areas will be necessary for the state’s dairy production sector to reach the point at which they are no longer adding to global warming. This is known as climate neutrality.

“Reducing methane emissions and achieving climate neutrality is no small undertaking,” said Kebreab, who holds the Sesnon Endowed Chair in Sustainable Animal Agriculture in the Department of Animal Science at the University of California, Davis. “California is among the most efficient producers of milk and dairy products, and its life cycle carbon footprint (per gallon of milk produced) is among the lowest of any region in the world. Further reductions will be accelerated as dairy methane reduction projects are implemented and feed additives become widely available. For other dairy regions, a critical first step will be to achieve similar levels of production efficiency (more milk with fewer cows) to begin stabilizing methane emissions and work toward climate neutrality. The impact of such an accomplishment would have profound global climate effects.”

The white paper identifies methane as an important mitigation opportunity. As well, it follows research on notable differences among individual greenhouse gases and their impact on climate change by leading scientists at the Oxford Martin School and Environmental Change Institute at the University of Oxford.

The CLEAR Center, based in the UC Davis Department of Animal Sciences, brings clarity to the intersection of animal agriculture and the environment by conducting and communicating the latest research in livestock production and environmental sustainability. The CLEAR Center, which stands for Clarity and Leadership for Environmental Awareness and Research, is under the direction of Frank Mitloehner, animal science professor and air quality Cooperative Extension specialist. Catch up on CLEAR Center’s latest news and research at https://clear.ucdavis.edu/ 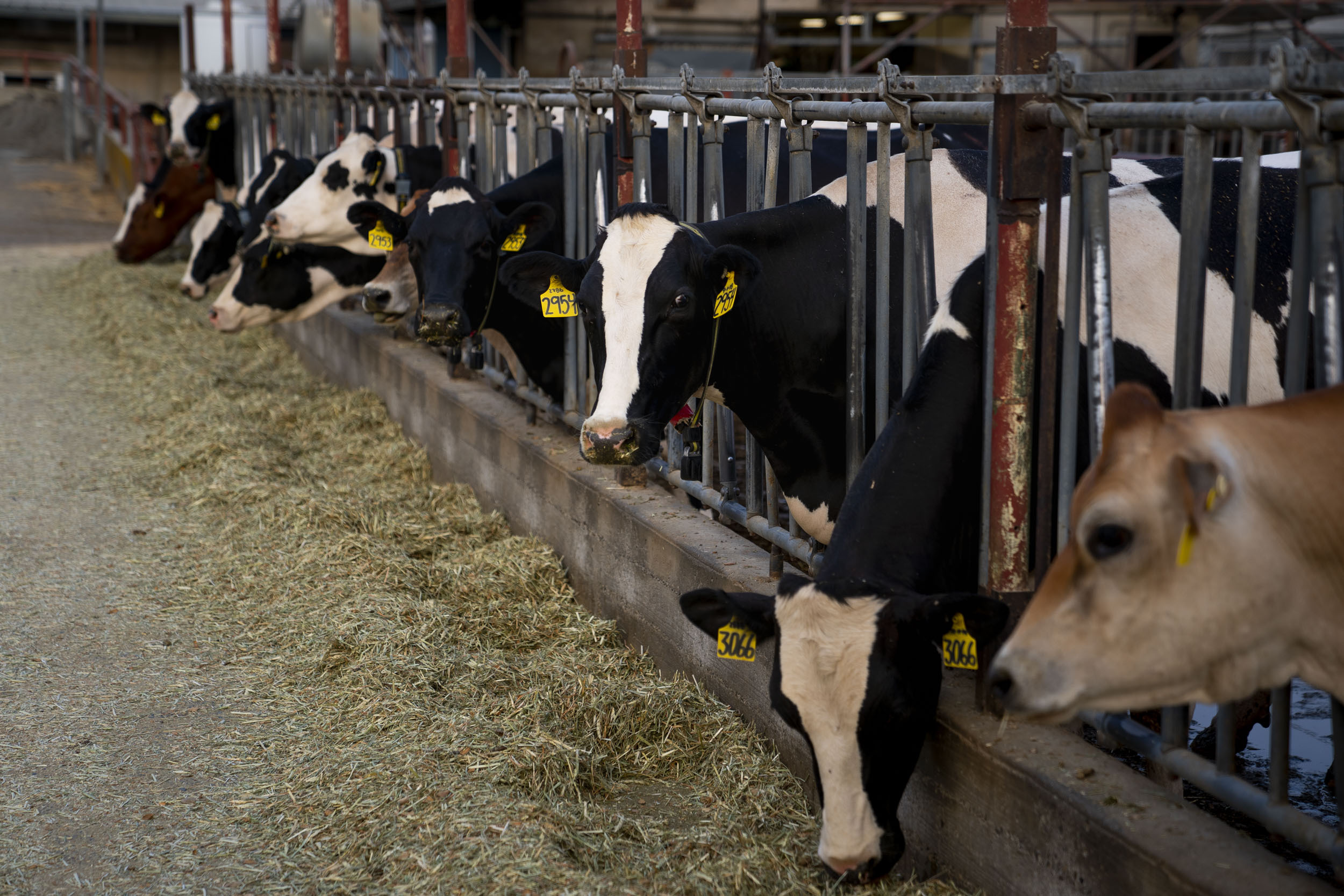 How dairy milk has improved its environmental and climate impact

What is the difference between the glass of milk you enjoy today and the one that your grandparents drank decades ago?